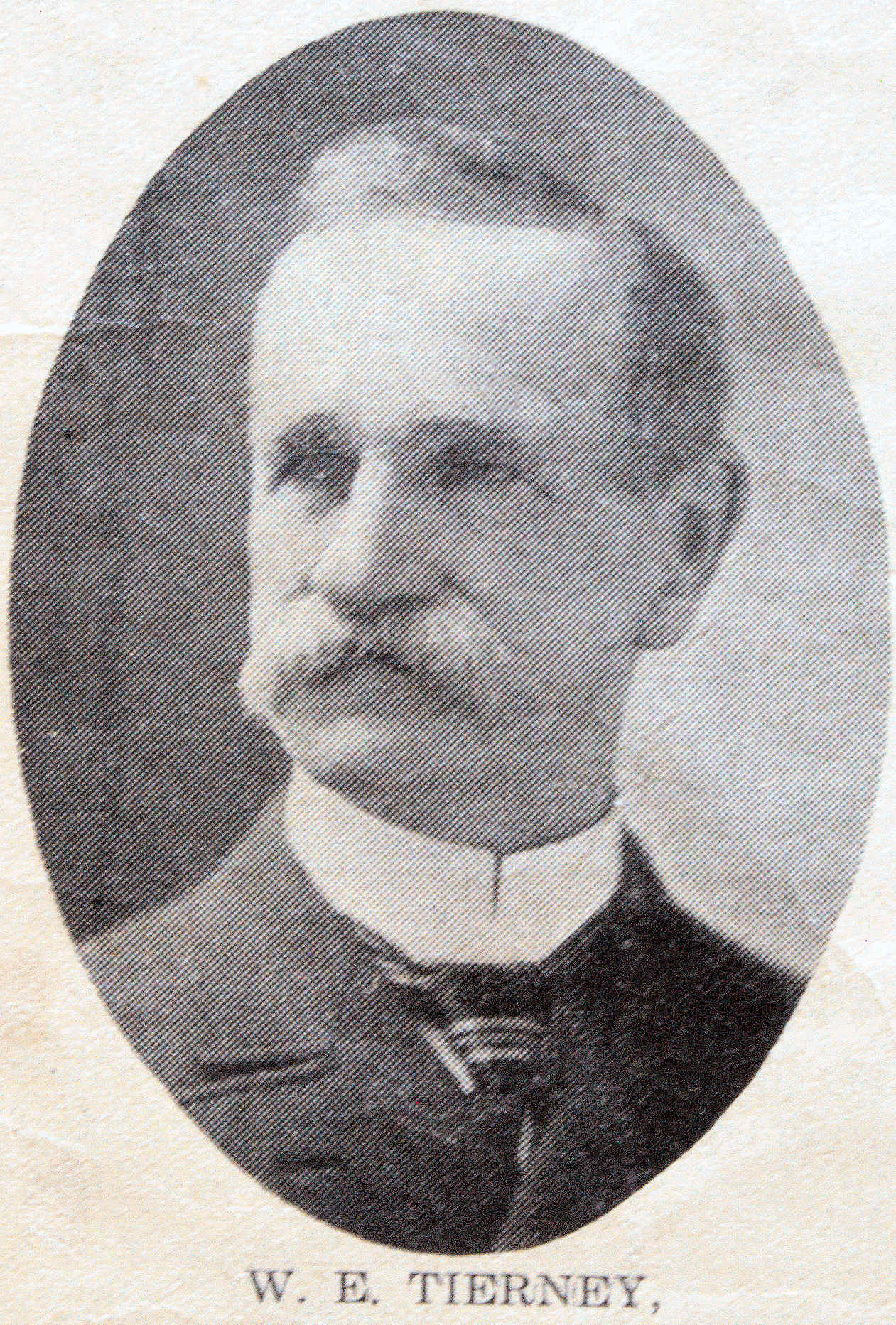 William Edward Tierney was among Broadwater County’s earliest and most influential residents. Arriving with his Irish family in the United States at an early age, W. E. eventually moved west to Montana Territory. He conducted business in several mining camps in what would become Broadwater County, finally settling in Townsend. His involvement in many important local enterprises makes him a significant figure in the area’s development.