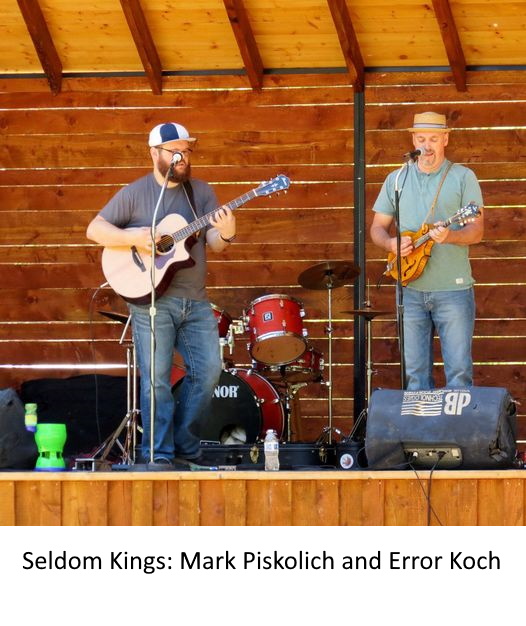 Seldom Kings is a Helena-based acoustic duo consisting of one very talented young man, and one guy with a car. They play folk, rock, alternative, and country…in the key of ‘G’…and have some unique and original mashups.

Mark Piskolich and Errol Koch are “Seldom Kings”. Quinn Piskolich will be joining Mark and Errol to play at the Historic Canton Church.

Mark is a Montana native and is a Lewis and Clark County Justice of the Peace.

Errol Koch is a Composer, Lyricist, Actor and Producer. He is well known in the Theater Community throughout Montana and the Northwest. A Univerisity of Montana Theater Arts graduate Errol has worked at the Myrna Loy Center and the Virginia City Opera House. He owns and operates “The Heath” , a theater and art space in Helena.

Errol is well known to the Townsend Theater Community; he has done several theater workshops for the Broadwater Community Theater at The Lodge of Townsend.